Just days after the recordings of the two were made public, Sterling, 80, was banned for life from the NBA. No attending his games.  No contact with his team.  He’s unwanted.  He was fined $2.5 million and the other 29 NBA owners are now going to run him out of their exclusive club, forcing him to sell the team.

Stiff (excuse the pun) penalties considering he did nothing illegal.  Nothing that could be considered a felony.

His crimes against society?  Senility, being a bigot, saying something stupid and believing a lady 50-years his junior enjoyed the oral sex as much as he did.

The NBA quickly decided his fate.  He is now an outcast and has been set adrift, shamed in the court of public opinion.

Some, like me, might conclude there’s a double standard in professional sports ownership.  There’s a contrast when comparing the NBA and the NFL. 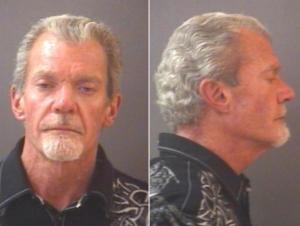 problems, was arrested after police saw him driving slowly in a 35mph zone.  After a search, police reports say he had $14,516 in a brief case, $2,513 in his wallet and another $12,000 in a laundry bag.  He also had pills.  Lots of pills. While the police report doesn’t list what kind of pills, they are described as “Schedule IV drugs,” drugs like Darvocet, Valium, Ativan, Ambien and Xanax.  These drugs are considered addictive and very marketable on the street.

If you were stopped on a Sunday night with large amounts of cash and drugs, a police officer might conclude you were dealing.  Two months after your arrest you’d be scheduled for trial if not already thrown in the state penitentiary.

Irsay has yet to be formerly charged on four felony drug counts and driving while impaired.  A funny thing happens in a state like Indiana when someone that owns an NFL team gets picked up.  The Indiana Department of Toxicology appears to have a “backlog” of eight months with evidentiary drug testing.  They haven’t gotten around to Irsay’s blood samples yet.  How convenient.

Early this week the NFL held meetings in Atlanta.  Jim Irsay was there, representing the NFL, the Colts, the city of Indianapolis and the state of Indiana hoping to convince the league to give that city and state another Super Bowl.  It didn’t work.

Irsay, appearing in a video released earlier by his team, said, “It’s really exciting to be at it again.”

I fear what he means by “at it again.”

So sports fans we have a double standard.

On one hand we have an elderly, senile, bigoted owner who decided to let people know what he really thinks about those people.  He spoke his true feelings, which is his right and not illegal.  His punishment was swift and fast.

On the other hand we have substance addicted owner, who if convicted, can be put away for up to three years on each felony drug count, not to mention a DWI conviction and he is welcomed by the other 31 owners in the NFL as if nothing happened.

In the past, NFL Commissioner Roger Goodell has been a judge, jury and executioner handing out punishments to players accused of drug abuse, alcohol abuse or beating the hell out of their wives. What’s with his silence on Irsay?

Don’t you think the billionaire owner of an NFL team should be held to a higher standard?  I do.