As the Summer of 2014 entered the home stretch and Labor Day came and went, America was left in shock by the nudie pictures of Hollywood star Jennifer Lawrence and others.  I, for one, couldn’t stop thinking about her and those pictures.

I know.  I know.  Some have written that if you searched for and viewed the photos you were perpetuating the abuse these unfortunate celebrities are suffering.  Rest assured, the search, discovery and viewing of these pictures on my part were for purely journalistic reasons only.

I mean after seeing American Hustle, how could I not?  Especially the scene where J-Law she kissed Amy Adams right on the lips!  But, I digress.

Legal scholars argue about the true owners of these pictures.  The legal debate being if you take a “selfie” you own the picture.  But, if someone else takes a picture, let’s say….umm….of a naked female celebrity reclining on a bed and the picture was…how shall I say…taken from the direction of her feet up, the person taking the picture owns it.

All this selfie talk and iCloud conversation got me to thinking. A new life rule needs to be written to protect ourselves in moments of weakness; preventing us from taking pictures of ourselves in various stages of undress.

When you think about it, your smartphone is a radio or TV station in your hand.  It’s a device that allows you to broadcast anything you want to the world.  It’s really powerful.  Those of us who have made a career in media know the dangers of saying or doing something questionable on-air.  But, the average person or Hollywood celebrity doesn’t.  A smartphone discourages decorum, as it allows you to think it, take it and post it within seconds.  Not good if your guard is down, which is code for drunk.

I’ll categorize my new rule as a P.U.I. or “Posting Under the Influence.”  After one drink, turn off the smart phone or lock it away somewhere.  No good will come from having more than one drink and having the phone in your hand.  A strict “one drink maximum.”

No one will ever admit it, but I’d guess many Hollywood celebrities have gotten into embarrassing situations through social media after downing a bottle of Grey Goose.

Here are my updated “Darryl’s Life Rules” with a brand new Rule #6 added.

Rule #1  It’s about Ratings and Revenue.

Rule #2  Never let the facts get in the way of a good talk show.

Rule #3  Never, ever fight over a woman.

Rule #4  If you vote for a school levy, you’re stupid.

Rule #6  Smartphones and liquor don’t mix.  One drink limit.  After that turn off the phone and lock it up. 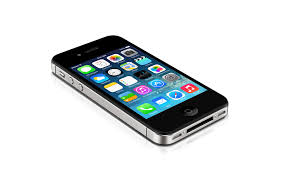 Be afraid. Be very afraid.

A smartphone is dangerous in the wrong hands.  Believe me, you’ll thank me later.

1 comment for “P.U.I. – Posting Under the Influence is Not Good”