Sir. Once again I regret to inform you, yet another station, this one in San Francisco no longer desires your services. I know you’ve only been on the station a few months, but you’ve been traded to another station, just like in Pittsburgh.

“Despite all the spin and propaganda it was my decision to fire Cumulus at the end of my contract and partner with Premiere and other great radio stations around the country.  It was extremely difficult working with Cumulus…and watch them literally destroy many heritage talk stations…such as KGO, WLS, KABC, and many others…and fire some of the best and brightest managers and PD’s in the industry.  My show will be growing in terms of audience and revenues as we build new stations, and move to live clears on many great established stations.”

“The Dickeys are the single worst operators in the history of radio. They have destroyed legendary stations like KGO and KSFO. They are currently in the process of destroying WLS, WABC, WJR, WBAP and WMAL.”

The above quotes are from a time when Sean Hannity was getting protected, promised and in some cases forced clearances from his syndicator Premiere Networks and its parent company Clear Channel.  Premiere syndicates and Clear Channel stations take the show.  In corporate speak it’s called vertical integration.  A company owns, produces, distributes and broadcasts a show on its O&O (Owned and Operated) radio stations.

Anyone can be brave when one has a contract paying millions of dollars and guaranteeing clearances with no risk of losing any stations, even if one’s ratings suck and revenues are declining.

In 2013, Hannity’s deal with the radio company Cumulus, which in a legacy distribution, revenue and production deal dating back to Citadel Communications, was ending and Cumulus was done cutting checks.  Cumulus felt their return on their investment wasn’t good, as those left listening to many of their stations were mainly a bunch of old, angry white men.

Around the same time Clear Channel purchased WOR-AM in New York, as a fall back, in case their two big conservative talk shows, Hannity and Rush Limbaugh found themselves off WABC-AM, owned by Cumulus, and standing out at the curb in front of New York’s Penn Station.

Hannity was also at risk of losing many longtime Cumulus affiliates in other major markets like Los Angeles and Chicago.  So, as they say in public relations crisis management, “get ahead of the story” and spin it to your advantage.

Hannity cut a new deal with Premiere Networks.  The contract appeared to include new guaranteed live clearances in Clear Channel markets like Tampa and Miami and moves to new stations in Los Angeles, Chicago, New York and San Francisco.

Million dollar contract and guaranteed clearances in hand, he publicly “fired” Cumulus and then really threw them under the bus sighting them for bad management and corporate malfeasance in destroying their stations.  Hannity figured once his show was broadcast in any market on a Clear Channel station the risk of losing that station was zero.  So what the hell, call out the Dickey family too, founders of Cumulus.

Oooops.  How did that work out?

Just 9 months after “The Patriot” in San Francisco was still born, Clear Channel has gone all Roberto Duran and declared, “No mas!”  Hannity’s current employer, Premiere Networks, has politely asked the company Hannity publicly “fired” and tossed under the bus, Cumulus, to please take him, Limbaugh and another conservative talk show syndicated by Premiere, Glenn Beck, back. 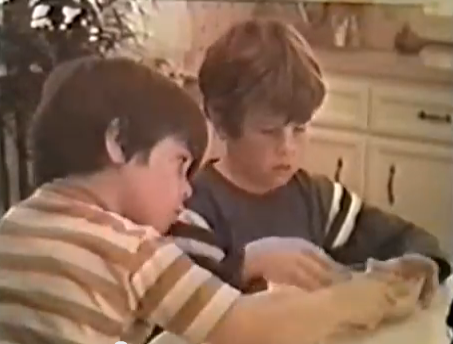 I get these shows are huge investments for companies like Clear Channel and in the upper floors of corporate management you need to tell those below if you put whipped cream on a turd, it’s still a turd, but it will taste a little better once you take a bite.

You’d think, however, there would be a plan to develop new shows and hosts at this point.  That doesn’t seem to be the case.

It’s the same tired, ill-advised belief and spin that gets me.  Put Limbaugh and Hannity on a station and instant success!  They continue to believe it’s 2000 and nothing has changed with the radio consumer or society in 14 years.  In 2014, corporate managers still fail to recognize the audience disconnect happening with these “past their prime radio talk shows” and the mind numbing, irrelevant talking points and narrative that drones on hour after hour and day after day from many “conservative talk hosts.”

Since its still birth, KNEW-AM, “The Patriot” (who came up with this goofy name) in San Francisco, with its so-called “best-in-breed” syndicated talk shows is stuck below a one-share (6+) with a 0.5 in the August 2014 PPM and ranking #23  There’s no hope of it getting any better.

So why would a radio company do this?  Taking the damaged cast offs of a competing company, not to mention taking a show where the host publicly “fired” and humiliated a company and its founders.

My guess, as they call it in radio circles, is “comp” or compensation.

Let’s use Rush Limbaugh’s show as an example.

For years, stations have entered into network talk show agreements with what is called a “barter” deal. The station receives the rights to broadcast the show with no cash fees, but does agree to give the network syndicator commercial time on the station to pay for the show.  For a talk show, that’s normally 5 minutes per hour.  The syndicator then sells these commercials based on the aggregated audience of the entire network.

This is how the Rush Limbaugh show began, a barter show, originally distributed through the old ABC Talk Radio network.

When the show gained popularity its syndicator at the time EFM Media, kept the barter deal with its affiliate stations in place and added a cash rights fee to broadcast the show.  Back in the 1990’s, the Limbaugh show could make or break a talk station.  Stations were forced to pay up or risk losing Limbaugh to another station in town.  It was a great business model for the show, as revenues were no longer solely dependent on selling commercial time.

Here’s where I suspect the talk radio industry is being turning upside down.

As the talk radio audience ages, revenues decline and advertisers no longer see value, shows like Limbaugh’s are not as attractive to stations.  And if no one wants the show, Premiere Networks now the syndicator, has a big problem especially in major markets like San Francisco, which is the fourth largest radio market in America behind New York, Los Angeles and Chicago.

If there’s a “comp” deal in place to take these shows, Cumulus through KSFO-AM, gets paid by Premiere to broadcast the shows, a reverse rights deal.  Premiere, Hannity and Limbaugh save face in San Francisco, but the pill is bitter to swallow, as revenue models and business plans are upset, not to mention a precedent for other stations in other markets to demand the same deal.

As the old saying goes, “Don’t piss on me and tell me it’s rain.”  People have very long memories and payback is hell.

← P.U.I. – Posting Under the Influence is Not Good
Why Teams Like the Buffalo Bills are Important →

9 comments for “Limbaugh, Hannity Tossed into San Francisco Bay by Own Company”