The name Clear Channel has been thrown on the heap of now gone radio companies.  Jacor, AM/FM, Taft, Citicasters, Citadel, Clear Channel.  All gone.  We’ll now only get to remember the “good old days” of Clear Channel, just like when we watch the DVD box set of “WKRP in Cincinnati,” soon to be released – this time with the original sound track.

Radio’s “good old days” to some.  Bailey Quarters was unbelievably smoking hot.  But, I digress. 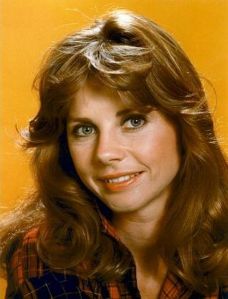 Looking at social media today, the typical criticism of iHeartMedia continued.  Mostly the comments focused on a “pig” and “lipstick.”

Critics couldn’t be more wrong.  Talk of $20 billion in debt is for another posting. 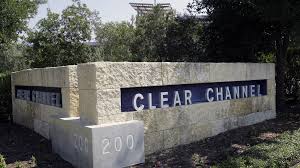 The old brick and mortar of a former corporate headquarters.

After Clear Channel gobbled up Jacor, which I worked for, there were discussions back then of changing the name of the company.  That was more than 15 years ago.  We knew Clear Channel had a bad corporate brand image, for no other reason than it was radio’s version of Pacman eating up competitors.  So today’s news of the name change really is about 15 years too late.  Granted there was no iHeartRadio App to brand the company back in those days.

Here are the reasons this makes sense:

Here’s the big thing and something I’ve been saying for years.

A radio company has to transform from a radio company to a digital company at its core.  Think of a wagon wheel.  The hub being the digital core and a spoke of the wheel terrestrial radio.  Right now most radio companies are just the opposite, with terrestrial radio serving as its core and digital a spoke off that.  This is opposite of media’s future and the future of advertising, unlike what you heard at this year’s “Radio – What Me Worry” convention in Indianapolis, better known as the NAB’s Radio Show.  Check out researcher Mark Ramsey’s missive wondering if “Bob Hoffman is full of crap.”  It’s a classic.

Radio is in the media business and not the radio business. Having the biggest gorilla in the rain forest make this declaration is a very good thing.  And it was done with a simple name change.

One other thing was signaled today with this name change.

In the Los Angeles Times, iHeartMedia CEO Bob Pittman said, “We have a company that’s doing progressive stuff, and yet we’re named after AM radio stations.”

If you’ve followed Pittman’s quotes over the years, he never says anything that isn’t calculated, meaningful or rehearsed.  As the CEO of a company you can’t.  He never speaks extemporaneously. He never speaks off the cuff.

While I love AM radio, it’s iHeartMedia’s actions of dumping conservative talk formats off its FM stations and translators that speaks volumes, the most recent being in Toledo ending an FM translator simulcast of WSPD-AM.

The replacement format?   Urban and called 94.9 The Beat.

Now iHeartMedia’s CEO is declaring AM radio old and anything but “progressive.”

If you’re wondering about the future of talk and AM radio, Bob Pittman gave you a clue in 16 words.

← Why Teams Like the Buffalo Bills are Important
Sports Media – When Did a Crime Become a “Situation?” →

9 comments for “iHeartMedia – Great Move! But, Gone are “Clear Channel” and AM Radio”