In reality I’m a humble sort and “not that kind of guy.”  So… 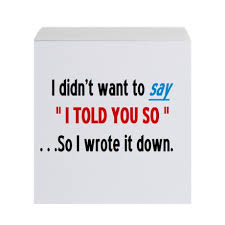 Today’s talk radio, as we know it, is fast fading into the sunset because of a format stuck with 1990’s rhetoric, each day addressing topics few care about.  A constant right-wing political drumbeat that no longer resonates.  A format where its practitioners can’t define the word entertainment.  A format attracting fewer people, men or women, under 65.  A format fewer advertisers are interested in buying because of its aging audience.

Don’t believe the propaganda.  There isn’t a 747 on a tarmac full of advertisers waiting to buy into shows like Rush Limbaugh’s.

And I’m a Republican saying this. It hurts me deeply to witness how talk radio has been taken over by those driven by agenda and not understanding their job descriptions – get listeners, get ratings and make money.

The end times are here for today’s talk radio and there’s no going back.

For years people have asked me, when does it end?  I’ve always said, the last syndicated talk show to go down will be Rush Limbaugh’s.  He was first “in brand.”  If you’ve ever read a Reis and Trout book you know first “in” brand wins. I will add first “in” also means last “out.”

“Sir. Word now is The Big 89, WLS in Chicago no longer desires to broadcast your show because fewer people are listening. The empire is crumbling.  Should we retire to the underground bunker?”

Premiere Networks and its owner iHeart Media has crammed down Limbaugh, Sean Hannity and Glenn Beck on its talk stations, not allowing local stations to make needed changes to their programming, changes that could provide some hope of staying relevant.  It was a great business model…in the 20th century!  In business speak it’s called “vertical integration.” The company produces the product and then uses its distribution arm, its radio stations, to broadcast the shows.  Guaranteed clearance, plus in Limbaugh’s case and some of Hannity’s stations, the local stations have to pay a “rights fee” in addition to the barter commercial inventory they broadcast from the network.  There was no negotiation whether to broadcast the show or what fee was to be paid. Here’s the number you pay was the only conversation during the budget process.  This, as you can imagine, affected cash flow and coupled with the increasing demands for talk stations to generate more profit, it forced local stations to lay-off other talk hosts, producers and gut news departments. Talented people left the radio business and the death spiral for talk radio began.  It began years ago.

All was good until the world changed and the aging, pissed off Baby Boomers (I’m one of those too – Baby Boomer – not pissed off) were no longer relevant.  Extreme political ideas no longer resonated with listeners as generational power shifted from Boomers to Gen X’ers and now Millennials, groups that have a more centrist belief in regards to many social issues.  They’re mostly OK with Hispanics, lesbians, smoking pot and women using birth control.  Many are even OK with the first African American President.

Did talk radio reflect these changes?  No.  Do good radio stations reflect the lives of their target audiences?  Yes.

I told many in management, talk hosts, producers and programmers, talk radio must change, speak with and relate to these emerging audiences to survive.  Did they listen?  No.  John Hogan, then CEO of Clear Channel flew me to New York City once and asked me how long talk radio had.  I said, “4 years.” That was in 2012.

Now, right on schedule, the end times for Rush Limbaugh begins as he has lost or may have lost his longtime homes in the top 3 Nielsen radio markets.  And if you’re not making it in those markets, it’s lights out.

The Chicago rumors come as no surprise to me, as three different Cumulus executives have told me on different occasions they wish they could get rid of Limbaugh’s show and they can’t sell it.

I’m guessing the deal to move Limbaugh’s show to another station, like WIND-AM to save face, hasn’t been finalized yet.  We’ll see how this plays out.

“WHAT?  Now Chicago wants out?”