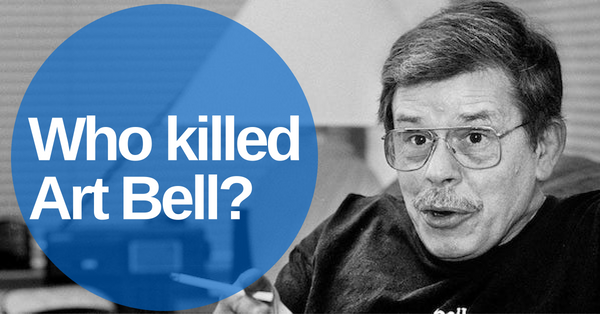 Radio talk show host Art Bell died a few months ago. Predictably there were the “thoughts and prayers” and R.I.P. posts on social media. There were a few articles about his career. The industry trades made mention of his contributions to radio. Then things got right back to normal as we traveled smoothly through another 24-hour news cycle.

About a week ago it was revealed what killed the 72-year old Bell: a cocktail of prescription drugs. Officially, the Nye County, Nevada Sheriff’s office said it “was the result of multiple drug intoxication from his own lawfully prescribed prescriptions.”

Bell had four prescribed medications in his body when he died: the opioid oxycodone, the pain killing narcotic hydrocodone, diazepam, which you know as Valium, and a muscle relaxant called carisoprodol.

Prescription drugs take out another well-known person, and fame doesn’t appear to be a good defense against accidentally killing yourself. Prince, Tom Petty, we can go all the way back to Elvis who died in 1977, all became room temperature due to abusing prescribed drugs. The doctors who wrote their script, the companies making and selling this addictive, legal poison and their own weaknesses enabled each to die.

I live in what can be described as an idyllic Midwestern town. Good schools. Good kids. Good neighbors who watch out for each other. Nothing bad ever happens here, except for the people regularly overdosing on heroin. I questioned one of our politicians and he told me “It’s bad, really bad.” People get hooked on prescription painkillers and when they can’t afford that anymore they move on to cheaper heroin they buy off the streets.

From 2009-2016, there were 4.45 billion prescriptions written in the U.S. Some research shows that between 55% (Consumer Reports) and 70% (Mayo Clinic/Olmsted Medical Center) of you are on prescription drugs. The most popular being (in this order): antibiotics, antidepressants and opioids like oxycodone.

For every Art Bell or Prince that OD’s, there are thousands of unknown people being buried. In the 12-month period ending December 2017, 70,467 people died of overdoses in the U.S. according to the Centers for Disease Control (CDC). At the end of 2015, that number was 52,623. Other data shows that about 1.3 million people made a visit to a hospital emergency room in 2014 due to adverse drug effects with almost 10% of those people dying.

The pharmaceutical companies that lobby congressman in Washington are spending millions of dollars each year. And remember, in political terms, the word “lobby” is just another way of saying “to pay them off for their inaction and silence.”

These companies are spending billions advertising pills that may help with rashes, dry mouths, low-T and other maladies. The sick irony is these Big Pharma companies usually buy commercials in the same news programs that should be covering a story like this – the poisoning and medicating of an entire country for obscene profit. They won’t though. The lure of those drug advertising dollars are too great and there are bills to be paid.

We have become numb and frankly cynical when it comes to celebrity deaths. Whitney Houston? Had to be drugs. Tom Petty? Drugs. Prince? Nah. Couldn’t be…yep drugs. Art Bell? Him too.

Tonight as you turn on a cable news program to once again hear pundits yell about the commie Russians meddling in our democracy, Paul Manafort’s spending habits on clothes and the Mueller investigation, know that it’s all misdirection from a very real issue affecting our communities. It’s about a government colluding with media and drug manufacturers to sell poison to keep people feeling good, until they take one too many and end up dead like Art Bell.

For a talk host that made a living on conspiratorial topics, I guess his was the proper way to finally check out.

4 comments for “Who Killed Art Bell?”